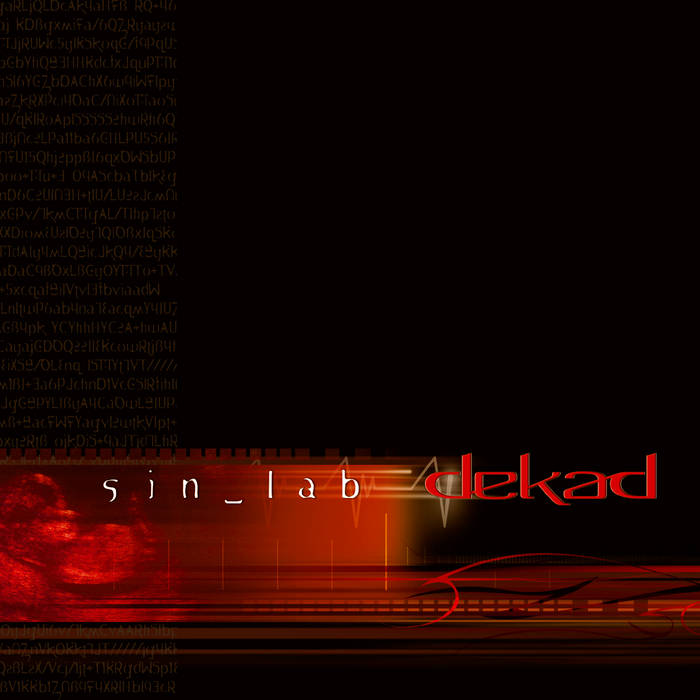 After a first appearance on the Frenchviolation's sampler and a participation to the compilation 'Synthétique' with the original track "Tell me", Dekad presents its debut album 'Sin_Lab'.Dekad delivers a 14 tracks album halfway between new wave, dandy electropop and EBM. 14 tracks of heavy programming and processing, strong beats and catchy melodies.